On October 25, 2011, the American Skin Association (ASA) honored a leading group of physicians and scientists at its 14th Annual Gala. The distinguished researchers have made groundbreaking discoveries and significant contributions in the field of dermatology and the treatment of skin cancer. Journalist Deborah Norville received the organization’s Education Award.

Ms. Norville was selected because of her professional accomplishments as anchor of Inside Edition and a best-selling author. She was also recognized because of her work on behalf of numerous charities, including the Broadcasters Foundation of America and the Girl Scouts Council of Greater New York.

Howard Milstein, Chairman, President and CEO of New York Private Bank and Trust and Chairman of American Skin Association lavished high praise on Norville. “With her many contributions as a communicator and educator, Deborah Norville is a perfect fit for our Education Award. Her work is very relevant to ASA’s efforts to inform and engage young people with a message about skin health and sun safety.”

In Deborah Norville’s remarks accepting the award, she noted Milstein’s many achievements and contributions: “You’ve made it your life’s work not only to build businesses — in finance and real estate and technology and sports and the arts — but in the process you’ve provided employment to thousands of Americans, so they can support their families, and they too can find ways to give back, as you have done and your family has done so spectacularly in this city.

“You have made your mark in the field of philanthropy, from the New York Blood Center — where your National Cord Blood Center has, I have no doubt, saved lives, because we know how important that is — to your leadership role with the 9/11 Memorial, where many of us have had the opportunity to go down and see what a spectacular oasis has been created. It is a place of calm, of hope, of memories, and also of optimism, at a place where so much heartbreak and so much sadness had once been. And of course your long dedication to the American Skin Association.

“In fact, you really do exemplify what’s right about America, what America’s all about. It’s all about every one of us figuring out a way that we can contribute, that we can make a difference, that we can give back, that we can somehow reach down and pull somebody along with us if we’re on the ladder up. Or if we’re at the bottom of the ladder that we can reach up and know, because we’re Americans, there is, somewhere, someone standing there with a hand to help us get higher up.”

Responding to the research awards, Milstein added: “I am proud that ASA has recognized these prominent physicians and scientists, dedicated to the fight against serious skin disease. Through their innovative work, they embody ASA’s mission to make a life-changing difference in critical areas of prevention, detection, treatment and cure.”

The awards were presented by well-regarded physicians in the field of dermatology, and the event’s masters of ceremonies were Broadway legends Rosemary Harris and Tony Roberts. 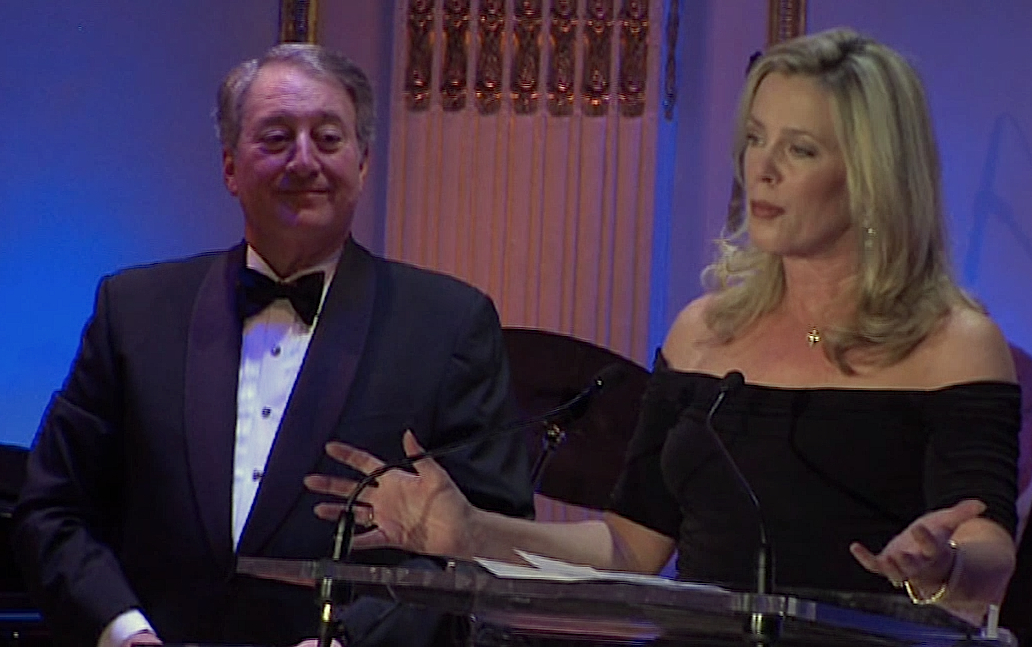