Howard P. Milstein, who has served as chairman of the New York State Thruway Authority since 2011, has been a major force in the development of New York City, the region, and beyond. He is a leading figure in local, national, and global affairs, marshaling business, government, philanthropic, and family resources to drive a host of initiatives across health, civic, educational, and security sectors.

At the Thruway Authority, under Gov. Andrew Cuomo’s leadership, Mr. Milstein orchestrated the contract for design and construction of a new Tappan Zee Bridge — the largest procurement in New York State history. He brought to bear a lifetime of private-sector experience in construction and large-scale development, initiating and leading a design-build process that saved New York nearly $2 billion from the original cost estimates.

Mr. Milstein’s success at the Thruway Authority builds on his role as a business and philanthropic leader. Mr. Milstein’s work, leading this generation of the Milstein family, has changed the skyline of New York, building or buying, along with his father, Paul, and their partners, more than 50,000 apartments, 20 million square feet of office space, and 10,000 hotel rooms. Milstein family development has anchored and revitalized entire communities, as can be seen at Lincoln Center, Times Square, and Battery Park City in Manhattan, Starrett City in Brooklyn, and the New Jersey waterfront. Through his work, Mr. Milstein has repeatedly demonstrated a deep understanding of the role of responsible, sustainable development in improving the quality of life for all residents of the New York-New Jersey-Connecticut metropolitan region.

“For 90 years RPA has championed smart investments in infrastructure that support a growing and prosperous region. Chairman Milstein, with his extraordinary leadership of the NYS Thruway Authority, has taken an endeavor that was stalled for years and delivered the most significant project in a generation,” said RPA Chairman Elliot Sander.

Mr. Milstein said: “I am deeply honored to be receiving this award from RPA, a group I deeply respect and admire. Based upon Governor Cuomo’s vision, our historic procurement of a contract for building the new Tappan Zee Bridge will serve as a model for public infrastructure development for decades to come. I congratulate everyone involved — including Bob Yaro and the RPA — for their role in a collaborative process that featured dramatic breakthroughs in speed, transparency, cost savings, and environmental sensitivity. The design-build process for the new Tappan Zee will bring jobs and opportunity, foster additional development, and help sustain the competitiveness of our entire region consistent with Governor Cuomo’s mandate.”

The Board of Directors of Regional Plan Association established RPA’s Lifetime Leadership Award in 2009 to honor individuals who have played a unique role in shaping the New York region’s development and have made significant contributions to its continued success as a world hub of commerce, culture, and quality of life. Regional Plan Association has been proud to bestow this annual award to former Lt. Governor Richard Ravitch in 2009; RPA’s honorary Chairman Peter W. Herman in 2010; Tonio Burgos in 2011; and in 2012 to RPA’s Vice-Chairman, Governor James J. Florio. 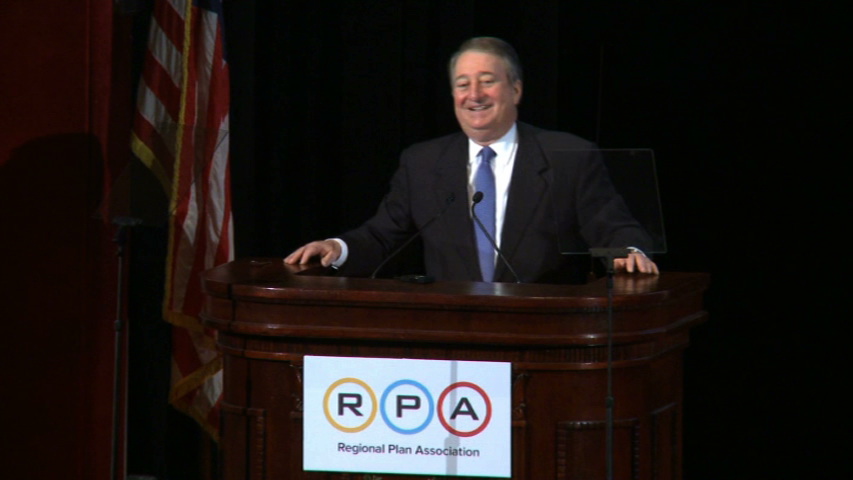 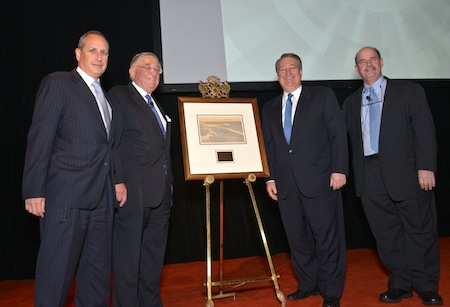