New York Chief Judge Jonathan Lippman announced the launch of a program to assist victims of sex- and human-trafficking free themselves from what he called “a form of modern-day slavery” at the Milstein Criminal Justice Policy Forum of the Citizens Crime Commission. Judge Lippman said that three pilot projects in New York City and Nassau County would be expanded to 11 locations in the state. The Human Trafficking Intervention Courts will accept cases arising from prostitution offenses; submit them to evaluation by the judge, defense lawyer, and prosecutor; and if they agree, refer the defendant to a range of social services intended to enable them to return to a normal life.As a reflection of the importance of Judge Lippman’s announcement, district attorneys from throughout New York State were present at the Forum, as well as Steven Banks, Legal Aid Society’s attorney-in-chief, and Lori Cohen, director of Sanctuary for Families’ Anti-Trafficking Initiative, an advocate for victims of trafficking. The Forum was held in the Emigrant Bank headquarters building.

“Judge Lippman has seen how our criminal justice and court system really work, how day-to-day outcomes change the lives of all who find themselves engaged with our legal system,” Howard Milstein said in his introduction of Judge Lippman. “Thus, he approaches the law with a realist’s perspective, with deep experience. He knows the changes that must be made to accommodate the real-world issues and problems that sometimes impede achieving true justice — the foundational goal of any civil society.”

“Judge Lippman’s Human Trafficking Intervention Initiative will revolutionize how we treat women and children forced into prostitution in New York, and beyond,” said Richard Aborn, President of the Citizens Crime Commission of New York City. “This new, fairer approach will greatly help survivors of unimaginable abuse and exploitation, instead of allowing them to be pursued as criminals. The initiative is also smart criminal justice policy: By offering survivors support in addition to recognizing their innocence, victims of human trafficking will have a path to a better life — one in which they will be much less likely to break the law.”

About the Milstein Criminal Justice Policy Forum
Since 2002, the Citizens Crime Commission of New York City has presented a series of Criminal Justice Policy lectures sponsored by the Howard and Abby Milstein Foundation. Each event features a nationally prominent speaker who addresses the Crime Commission on such issues as crime, criminal justice, or terrorism. The formal remarks are followed by a question-and-answer period.

Each meeting is open to the media. Each lecture is printed and distributed to top business, civic and law enforcement leaders.

About the Crime Commission

The Citizens Crime Commission of New York City is a nonpartisan, nonprofit organization, working to make criminal justice and public safety policies and practices more effective through innovation, research, and education. In the last three decades, the Crime Commission has been a leader on such key issues as increasing the size of the NYPD, expanding the use of DNA evidence in crime fighting, creating innovations that reduce juvenile crime, developing interventions against gun violence and illegal gun crime, highlighting the changing nature of terrorism, and raising awareness about the threat of cyber crime. 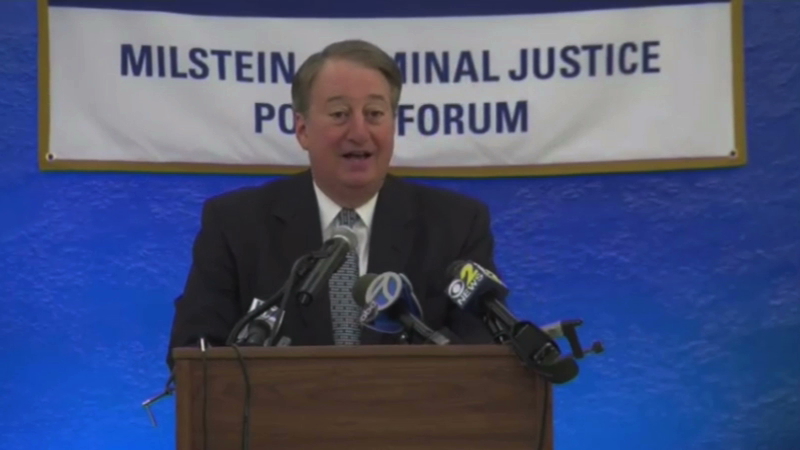