At the New York Blood Center’s 50th Anniversary Gala, Rafaello Carone took the stage at the Waldorf =Astoria dressed to the nines in a neatly pressed suit and blood-red shirt and tie. His appearance was all the more poignant since — but for blood donated by volunteers through NYBC — 12-year-old Rafi wouldn’t be alive. He survived leukemia with the help of 36 blood transfusions, and is now healthy and active.

Rafi was joined by Ariel Fishman, a university professor who needed 70 units of blood after getting hit by a taxi, and Jaclyn Albanese, who received a cord blood transplant at age 15 to combat her leukemia. Jaclyn told the audience that she “would not be alive today if it weren’t for the lifesaving work of the Blood Center.”

“Helping patients like Rafi and Ariel is what New York Blood Center has been about for 50 years,” NYBC Chairman Howard P. Milstein said. “They are a living testament to the hard work of all the doctors, researchers, administrative staff, and volunteers who have made NYBC a singular New York institution.”

“In recent decades, we’ve seen our mission expand as new technologies open vast new opportunities to save lives through blood-related products,” Mr. Milstein continued. “With innovative partnerships, cutting-edge research facilities, and the largest public cord blood bank in the world, NYBC is well-positioned to maintain its leadership role in the next half century and beyond.”

The gala at New York’s Waldorf=Astoria Hotel recognized three partnering organizations whose involvement has been critical to NYBC’s success: MetLife, Johnson & Johnson and The City of New York. All three became inaugural inductees into NYBC’s newly launched “Hall of Fame.”

“These three organizations comprise the first class of inductees into our Hall of Fame for demonstrating exceptional commitment to our cause and a true passion for helping meet the critical blood needs of patients in our communities,” said President and CEO Christopher D. Hillyer, M.D. “The countless number of individuals whose lives have been saved thanks to the combined efforts of our honorees and many other community and corporate partners are a true testimony to NYBC’s success over the past 50 years.”

As part of its anniversary celebration, NYBC also hosted a symposium at its New York headquarters entitled “Advancing the Future of Transfusion Medicine.” Experts from Harvard Medical School, Children’s Hospital of Philadelphia, University of Pittsburgh School of Medicine, and New York Medical College joined their NYBC colleagues at the event.

“For five decades, New York Blood Center has been at the forefront of transfusion medicine research,” said NYBC Chief Medical Officer Beth Shaz, M.D. “We’re proud of what’s been accomplished here, not only the 25 million units of blood distributed to our hospital partners over five decades, but scientific advances that include solvent detergent technology to purify the blood supply and development of the Hepatitis B vaccine. As we enter our 50th year, this is both the perfect time and perfect place to examine what comes next.” 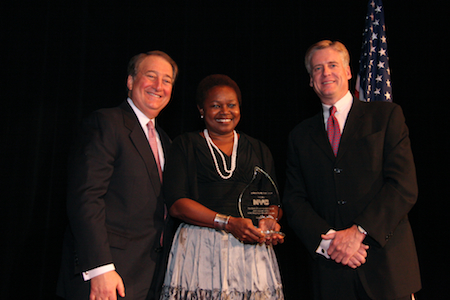 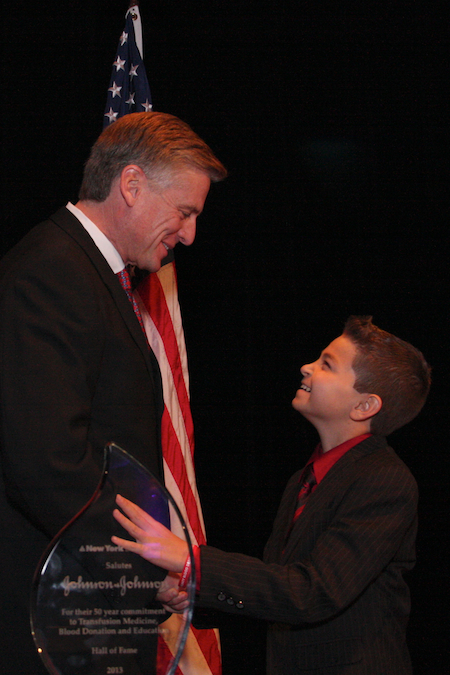