Judge Loretta Preska, Chief Judge of the United States District Court for the Southern District of New York, spoke at the Milstein Criminal Justice Policy Forum about the negative effects of recent cuts to the federal court system’s budget. Howard Milstein introduced Judge Preska to the Forum, which was held at the Citizens Crime Commission of New York City on January 28, 2014.

Judge Preska said that the cuts “have caused serious consequences to the court’s constitutional and statutory mission, public safety, and the quality of our justice system.” Not only are there fewer probation officers and staff to supervise more defendants who are on bail, but there are also fewer court security officers. “Now, the lines to enter the courthouse literally wrap around the building,” Judge Preska said. “Also of great concern is that we have fewer officers securing our courthouses. These fewer officers can’t confront in the same manner the suspicious visitors that we see, or respond to emergencies.” Nevertheless, Judge Preska said, “I am cautiously optimistic” that funding for the courts will be restored “and I hope that the lesson learned here will be ‘never again.’”

Since 2002, the Citizens Crime Commission of New York City has presented a series of Criminal Justice Policy lectures sponsored by the Howard and Abby Milstein Foundation. Each event features a nationally prominent speaker who addresses the Crime Commission on such issues as crime, criminal justice, or terrorism. The formal remarks are followed by a question-and-answer period.

Each meeting is open to the media. Each lecture is printed and distributed to top business, civic, and law enforcement leaders.

About the Crime Commission

The Citizens Crime Commission of New York City is a nonpartisan, nonprofit organization, working to make criminal justice and public safety policies and practices more effective through innovation, research, and education. In the last three decades, the Crime Commission has been a leader on such key issues as increasing the size of the NYPD, expanding the use of DNA evidence in crime fighting, creating innovations that reduce juvenile crime, developing interventions against gun violence and illegal gun crime, highlighting the changing nature of terrorism, and raising awareness about the threat of cyber crime. 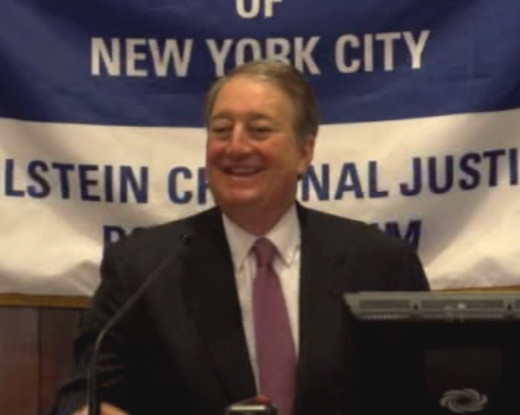 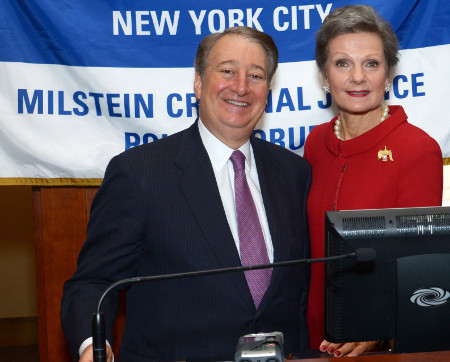