Each year the Citizen’s Crime Commission of New York City (CCC) honors individuals for their leadership and service in the criminal justice field. The Crime Commission created the Humanitarian Award to recognize individuals who have made significant contributions to the field of criminal justice. Howard P. Milstein was chosen as the first recipient of the award, presented at the CCC’s annual Awards Ceremony.

In his remarks presenting the award, CCC President Richard Aborn said, “It is the relentless spirit that Howard has to contribute to the public good that led us to this award tonight. When we decided that we wanted to honor Howard, we wrestled with lots of different things, but this award is new. Finally, we said ‘There’s only one word that describes Howard: He’s a humanitarian.’ So we thought a Humanitarian Award for Howard would be the most fitting way to not only say thanks, but to pay tribute to this enormous spirit of generosity and this enormous willingness to give of himself, and his money. So in that spirit, we thank you for all you do, and we ask you to accept our Humanitarian Award.”

In accepting the award, Howard Milstein recognized the work that the CCC has done under Richard Aborn’s leadership and spoke about the necessity of citizens being engaged in their society to aid in crime prevention. He said, ”Tonight, you honor me for my humanitarian work. That work is my form of citizen engagement. Those of us with the ability to do so have the special responsibility to take on the social, medical, economic, and ecological challenges of our time. My family has long held the conviction that philanthropy and the private sector should hold themselves accountable for the occasional moral imbalances of capitalism, and balance efficiency with compassion. We believe philanthropy and the private sector have a duty to carry out the unfinished business of American capitalism by completing what the government is so ill-suited to do.”

Mr. Milstein added, ”Each one of us has the capacity to engage in public service. Each one of us can be a humanitarian, and as citizens of this great nation we are called upon to do so. There are no contributions too small, no contributions without merit or impact. It is the very act of engagement that unites us in cause and spirit. I am honored to accept this first-of-its-kind Humanitarian Award of the Citizen’s Crime Commission of New York. To be recognized by an organization for which I have such respect is truly satisfying. Philanthropy and the service of humanity isn’t just about writing checks. You have to find the right partners to  make sure that those philanthropic dollars are being used effectively. I cannot imagine better partners than you, Richard, and the Citizens Crime Commission in this field.”

Also recognized at the Awards Ceremony were New York Police Commissioner William Bratton, recipient of the Theodore Roosevelt Leadership Award for pioneering leadership in the field of criminal justice, and Representative Carolyn Maloney (D-NY), who received the Lifetime Achievement Award, which recognizes visionary leaders who have demonstrated a life-long commitment to improving public safety. 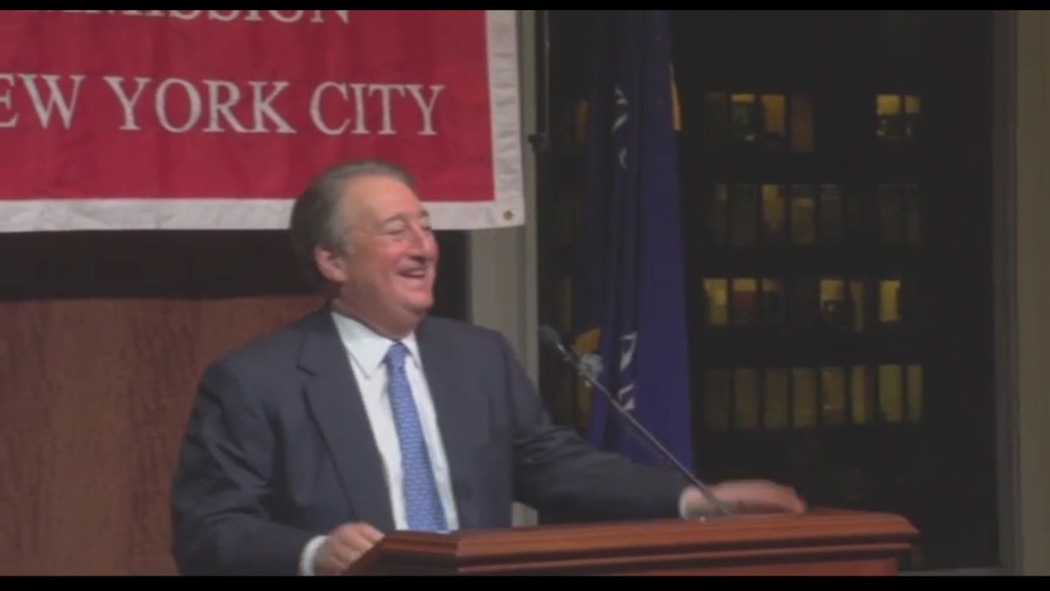