The Citizen’s Crime Commission recently presented two programs on policing in the United Kingdom as part of the Milstein Criminal Justice Policy Forum. London Deputy Mayor Stephen Greenhalgh, head of the Mayor’s Office for Policing and Crime, discussed crime prevention on February 12, 2015, and on March 20, George Hamilton, Chief Constable of the Police Service of Northern Ireland, and Anne Connolly, Chair of the Northern Ireland Policing Board, discussed the roles of accountability and human rights in building community confidence in the police service. Howard Milstein introduced both programs.

Deputy Mayor Greenhalgh has headed the Mayor’s Office for Policing and Crime since June 2012. His job is to ensure that all of London’s public services coordinate to prevent crime, deliver swift justice, and reduce recidivism, Mr. Milstein said in his introduction.

In his wide-ranging talk, Greenhalgh frequently mentioned how London’s and New York City’s situations parallel each other. “I believe that both cities face very similar public safety challenges,” Greenhalgh said, and listed five public safety challenges for London for the future: “to safeguard neighborhood policing, to improve the Emergency Services response, to keep crime coming down year on year, to make London safer online, and the fifth challenge is to protect Londoners from emerging crime and terrorist threats.”

Turning to crime prevention, Greenhalgh said a successful program to reduce crime has three components: problem-solving analysis, partnership, and prevention. As an example, in tackling a high rate of cell phone theft, the police contacted second-hand dealers to have them adhere to protocols that would turn away stolen phones. For the prevention component, Apple added a security lock to its operating system. Almost immediately, theft dropped. “That’s what we have to do with all crime,” Greenhalgh said. “We have to work with the business community against whatever threat there is, and ultimately use those three Ps. Those three Ps, by the way, are Commissioner Bratton’s three Ps.”

In conclusion, Greenhalgh said, “The challenge is not just about fighting crime. It’s about building public confidence. Bit by bit, if you ensure, in continuing to fight crime, that you engage with all the communities that you serve, then we’re going to see a sustained reduction over time. At the heart of that is stopping crime from happening in the first place.”

Chief Constable Hamilton spoke on March 20 about the Police Service of Northern Ireland (PSNI) and its guiding principle of policing with the community. The PSNI was established in 2001 as a successor to the Royal Ulster Constabulary, which had been administered by the U.K. government. As part of the agreement that ended the sectarian conflict in Northern Ireland, the Patton Commission laid out principles that would be the basis of the PSNI. “Today we have the opportunity to police by consent,” Hamilton said, “having confidence across communities that I could not have imagined when I joined the Royal Ulster Constabulary in 1985.”

Looking to the future, Hamilton said that despite 13 years of progress, challenges remain. “For example, financial challenges: we’re facing very significant budget cuts for our organization. But change does not need to be an impediment to building trust in policing. Because the three pillars that I spoke about will all be the hallmarks of how we respond to the austerity and the budgetary pressures that we are now in.

The PSNI also faces security challenges, as do so many other police departments. “While peace is one thing nearly everyone in our community wants, there remain a small number of individuals and groups for whom violence is their only answer,” Hamilton said. “Far from being an excuse to step back, I and my officers believe that doing our jobs in such challenging circumstances makes policing with the community all the more important.

“I remain enormously optimistic about what can be achieved when the police and the community work together. It takes leadership and bravery, not just from the cops but from the community. I do believe that anything is possible when there’s a shared commitment to build a safe, confident, and peaceful society.”

Northern Ireland Policing Board Chair Anne Connolly then spoke about the duties of the Board, which is responsible for oversight of the PSNI. Relations with the police can be contentious, but “Whatever the difficulties, it is very, very important for the Board and the Chief Constable to have a shared vision around the style of policing service to be delivered to the people of Northern Ireland, and priorities to meet within that delivery of service.” It has policing with and in the community at its heart.

They share the definition of policing with the community, Connolly said. She explained that the board is made up of 10 political representatives and nine independent members, representative of the community. All political parties participate in the board.
The board has worked to ensure “the police service is professional, effective and efficient, fair and impartial, free from partisan political control, accountable both under the law for action and to the community it serves, much more representative of the society it polices, and most importantly, that it operates and conforms with human rights principles.”

The importance of human rights as an element of policing is central, Connolly said. “For the PSNI, embedding human rights within policing has been a critical factor in building confidence in the Service. Human rights and accountability are fundamental building blocks for effective policing and community confidence. Human rights protect the rights of the public and police officers alike.”

Visitors to Northern Ireland who walked the beat with local police recently noticed that human rights was part and parcel of the officers’ daily duties. “It has really become part of the culture, and that was our cue that we were getting it right,” Connolly said.

Touching on the theme of crime prevention, Connolly said, “We encourage the community to work in partnerships with the police and other agencies in reducing crime and improving community safety. And we have achieved this through the creation of groups called ‘Policing-Community Safety Partnerships, fondly known as the PCSPs. These groups work with their local police officers to assist in dealing with issues such as antisocial behavior, domestic abuse, reducing murder rates, tackling drug and alcohol issues.”

“We can never be complacent. There is no way we will say ‘we got it right.’ We are always looking to be better,” Connolly said, adding, “Policing has paid a pivotal role in the peace process in Northern Ireland. It was referred to at a breakfast yesterday as ‘the jewel in the crown.’ But it still has a key part to play in moving forward.

“While policing in Northern Ireland has some unique challenges, services across the world face the same challenges in terms of community demands, reducing resources, emerging threats and new crimes. Therefore, I think it is very important that we get to share our experiences and our thinking.” 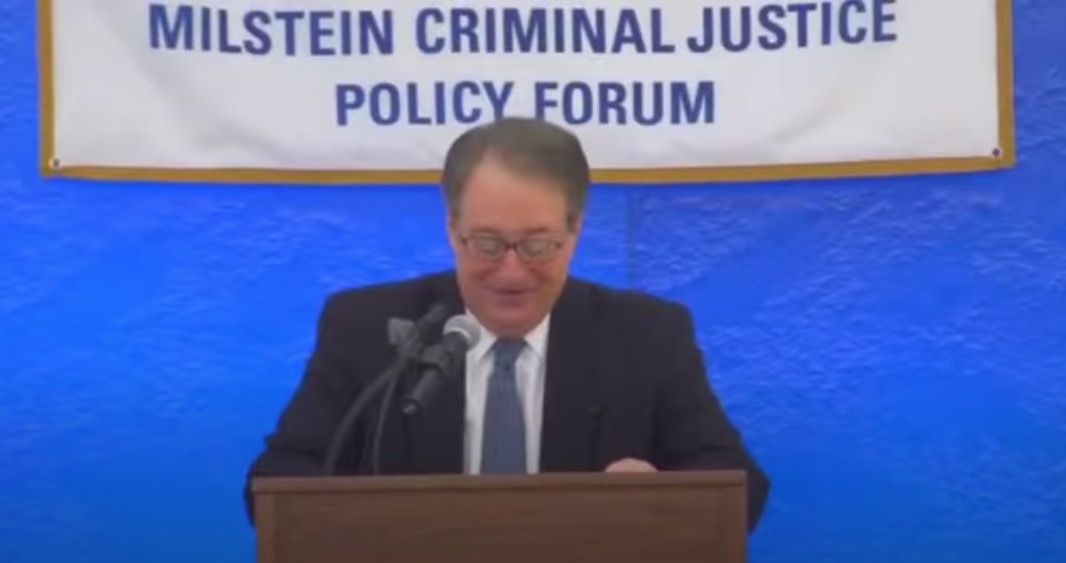 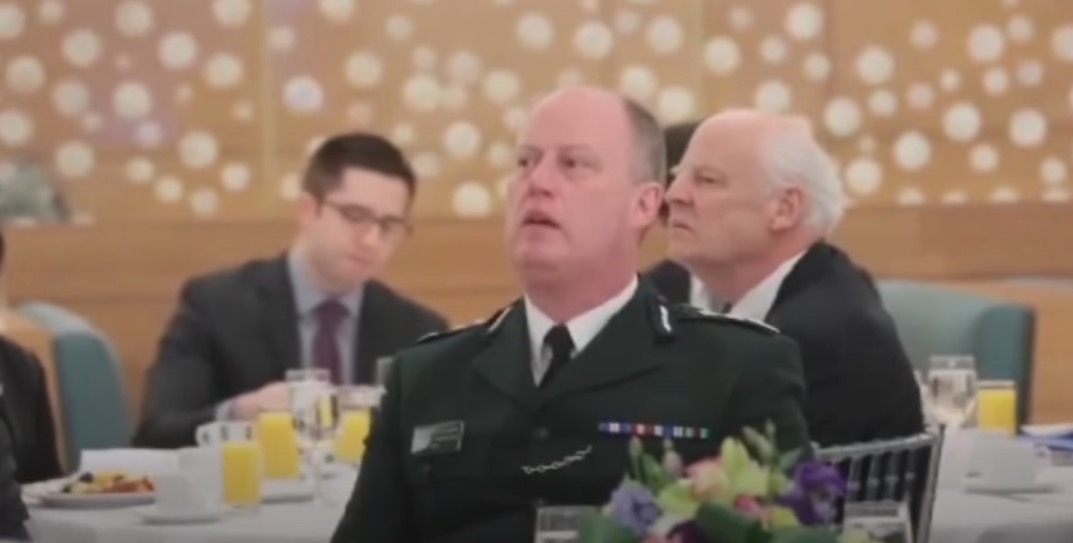 Howard Milstein introduces Chief Constable George Hamilton of the Police Service of Northern Ireland and Anne Connolly, Chair of the Northern Ireland Policing Board, at the Milstein Criminal Justice Policy Forum on March 20, 2015.