The New York City Fire Department’s (FDNY) 150 years of service to the city was celebrated at the Kneeling Fireman statue outside Emigrant Savings Bank headquarters. Emigrant Savings Bank Chairman Howard Milstein presided over the ceremony at which a plaque commemorating the anniversary was unveiled. Also participating were Commissioner Daniel Nigro and Cardinal Timothy Dolan, who blessed a plaque of “The Fireman’s Prayer” presented to FDNY headquarters. “This statue will continue to be an enduring symbol of September 11th, but today it becomes even more of a timeless image, as it represents all those who have bravely served for a century and a half,” Nigro said.

“Emigrant Bank and the Milstein family join all New Yorkers in celebrating the 150th Anniversary of our Fire Department,” the plaque says. “The selfless heroism of New York’s Bravest is a shining example of the best enduring qualities of Americans. Let us reflect on this anniversary, and in the years ahead, on our gratitude for the FDNY’s courageous efforts to protect all New Yorkers. Whether during its darkest days—as The Kneeling Fireman reminds us—or its brightest moments, let us always show our support for the men and women of the FDNY, who risk their lives every day for us.”

In his remarks, Howard Milstein recalled an earlier anniversary marked at the same location. “The last time we gathered here to honor our Fire Department was in 2011. It was the tenth anniversary of 9/11—a difficult time of recalling searing memories and our irreparable loss,” Mr. Milstein said. “We marked that occasion by dedicating the statue of The Kneeling Fireman. The statue, which depicts a firefighter on bended knee, arrived at JFK on September 9, 2001. It was intended to just pass through our city. But it was stranded here when air traffic was halted after the 9/11 attacks. Originally intended for the Firefighters Association of Missouri, it was donated by them to the residents of New York in recognition of our City’s losses.

“In the days right after the attacks, we placed the statue outside our hotel, the Milford Plaza, which was helping first responders with accommodations, food and supplies. It stood as a beacon for firefighters and first responders from across the nation who came to help. The statue became a makeshift memorial. Thousands of New Yorkers and tourists left candles, photographs, prayer books, flowers and private notes.

“This statue now has a permanent home, here, at the headquarters of our family’s bank. It’s the only memorial in Midtown for all our fallen first responders. There’s not a day that goes by that people don’t stop and pay tribute to the heroes that the statue honors. Part of that tribute is the poignant ‘Fireman’s Prayer’ at the foot of the memorial. A prayer that embodies the firefighter’s spirit of selflessness, dedication and service.

“So it seems right to return to this spot to mark a happier milestone—the 150th anniversary of the Fire Department of New York. We feel privileged to be part of a year-long series of events celebrating the resilience, endurance, heroism and service of New York’s Bravest.”

FDNY’s 150th anniversary is celebrated with plaque unveiling and presentation 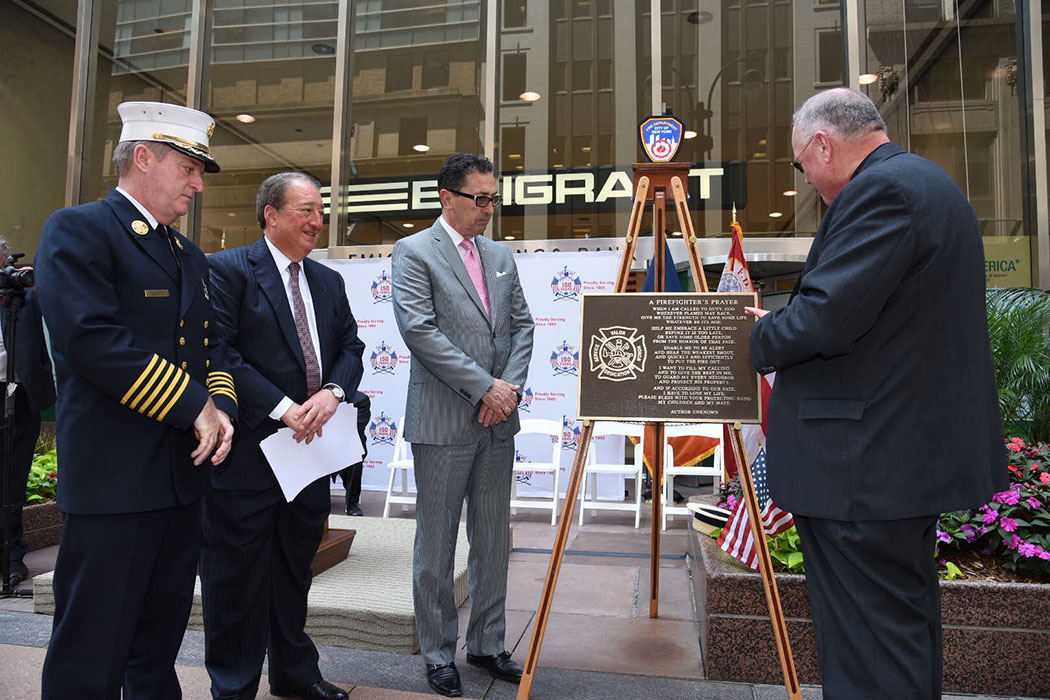 TImothy Cardinal Dolan blesses the plaque of A Firefighter’s Prayer 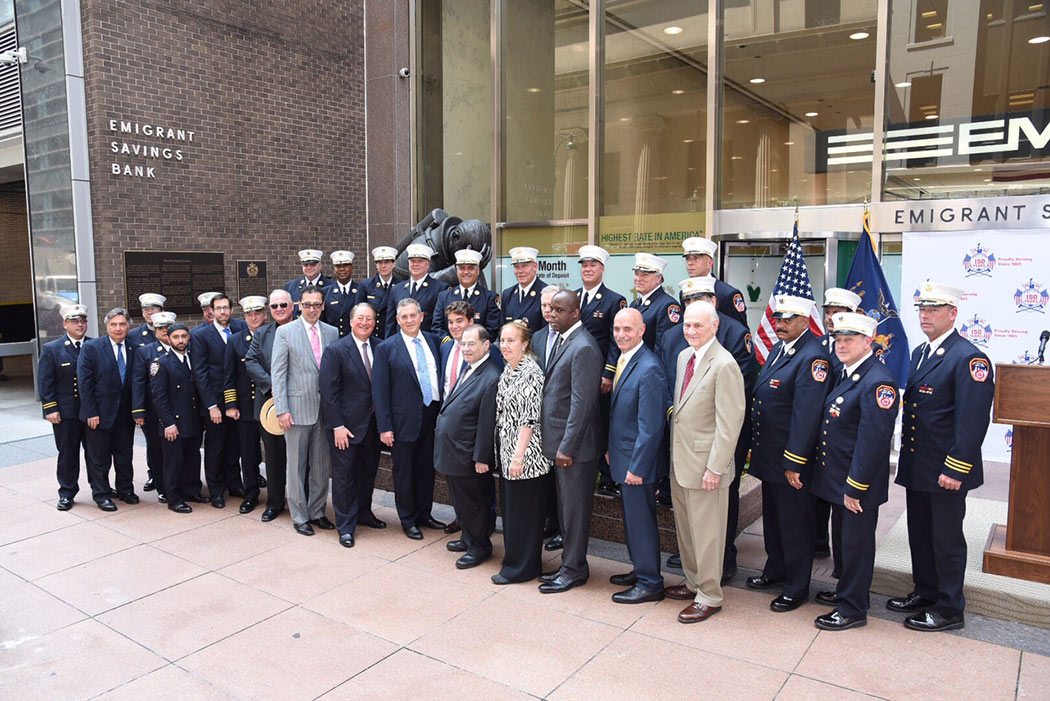