NEW YORK, April 10, 2019 /PRNewswire/ — Last evening during their annual gala at The Plaza Hotel, American Skin Association (ASA) presented awards to three remarkable honorees and gathered with loyal supporters, including philanthropists, business leaders, and many renowned physicians from the field of dermatology to celebrate another successful year of funding research and educating youth on skin health.

This year’s awards were presented to the following:

Allan C. Halpern, MD of Memorial Sloan Kettering Cancer Center (MSKCC) received ASA’s Career Achievement Award for Use of Artificial Intelligence in Melanoma Diagnosis and Management. Dr. Halpern is an internationally recognized expert in melanoma and pigmented lesions. He has served as co-chairman of the National Council for Skin Cancer Prevention and is currently chief of the Dermatology Service and co-leader of the Melanoma Disease Management Team at MSKCC. Dr. Halpern has contributed to our understanding of melanoma prevention, prognosis, and risk stratification, as well as the natural history of melanocytic tumor progression in humans. Dr. Halpern has been a pioneer in the application of imaging technologies to dermatology research and clinical care.

Ron Menezes, President and General Manager received ASA’s 2019 Distinguished Corporate Leadership Award on behalf Almirall, LLC. For over seventy-five years Almirall has been a leading science and technology company delivering life-transforming medicines while working to discover medical solutions to improve the lives of patients worldwide. Almirall is devoted to being innovators in medical dermatology.

Derek Maetzold, Founder, President and CEO of Castle Biosciences, Inc. received ASA’s Technology Innovation in Melanoma Award. Castle Biosciences focuses on the diagnosis and prognosis of underserved cancers. The company was founded with the belief that understanding the genomic driven biological behavior of a specific patient’s tumor at the level of the expression of the gene can result in a more objective understanding of the patient’s tumor. Castle Biosciences, Inc. believes this leads to better treatment plan decisions, optimized health outcomes and reduced healthcare costs when compared to traditional clinical and pathologic features.

Howard P. Milstein, Chairman of ASA, said, “We were very proud to honor Dr. Allan Halpern, Almirall and Castle Biosciences for their pioneering efforts in the field of dermatology, and their outstanding commitment to medical advancement. Whether through education, research or innovation, their critical contributions help further ASA’s mission of finding cures for melanoma, skin cancer and other skin diseases.”

President of ASA, Dr. David Norris, said, “I am proud of ASA’s ongoing work and congratulate these much-deserving honorees, Dr. Halpern, Almirall and Castle Biosciences on their awards.”

Also in attendance was Roger Lo, MD, PhD of the David Geffen School of Medicine at UCLA, who is the current recipient of the Abby S. and Howard P. Milstein Innovation Award for Melanoma/Non-Melanoma Skin Cancer Research (MIA). Dr. Lo is now in his second year of this three-year grant and is making great strides. His focus is on the field of cancer genetics and genomics, using next generation sequencing approaches to uncover the basis of resistance to both molecularly targeted therapies and immune checkpoint inhibitors.

The event’s Master of Ceremonies was CBS Chief Medical Correspondent Jon LaPook, MD. Dr. LaPook is also Professor of Medicine at NYU School of Medicine, an internist and gastroenterologist at NYU Langone Medical Center, and the Director of the NYU Langone Empathy Project.

Special guest Melissa Russo, Government Affairs Reporter for NBC4 New York, delivered a heartfelt testimonial about the importance of early detection. Ms. Russo shared that she has had two early stage melanomas discovered and stressed the importance of vigilance in skin health.

For thirty-two years, ASA and its affiliates have funded over $50 million in grants to support the work of more than 300 promising young scientists. Recipients have gone on to become top researchers in their fields, working on breakthrough efforts to prevent, detect, and treat skin cancer and other skin diseases. More than 100 million Americans––a third of the nation’s population––are afflicted with skin disorders. The critical research ASA funds not only addresses the causes and treatments of melanoma, vitiligo, psoriasis and other skin diseases, but also promises remarkable breakthroughs in the search for long sought-after cures.

In the area of public education, ASA’s mission is no less crucial. Through ASA’s Education Council, the organization has developed “The Seven Principles for a Lifetime of Healthy Skin,” a beneficial tool for people of all ages to learn about protecting their health and quality of life, now and in the future. ASA’s contributions are part of a growing worldwide understanding of the importance of skin health and education.

A unique collaboration of patients, families, advocates, physicians and scientists, ASA has evolved over thirty years as a leading force in efforts to defeat melanoma, skin cancer, and other skin diseases. Established to serve the now more than 100 million Americans – one third of the U.S. population – afflicted with skin disorders, the organization’s mission remains to: advance research, champion skin health, particularly among children, and drive public awareness about skin disease. For more information, visit americanskin.org. 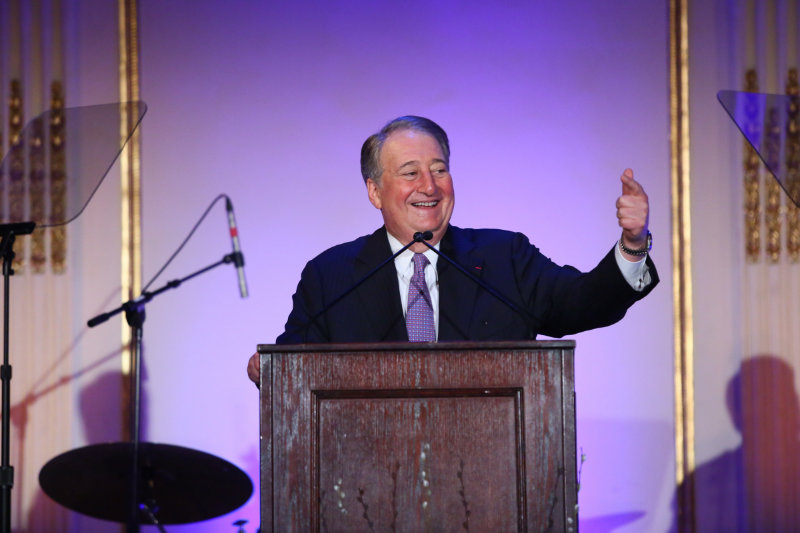