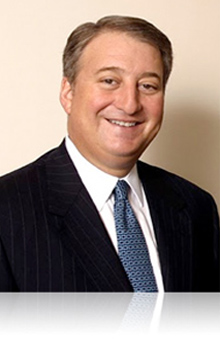 Howard is an entrepreneur and innovator, leading successful businesses across a range of sectors, including real estate, banking, hospitality, marketing, finance and technology.

The list of Howard’s notable entrepreneurial ventures is extensive. In his career he played an instrumental role in reviving the New York City theater district with the development of the Milford Plaza Hotel, challenged a cable monopoly when he created Liberty Cable, spearheaded a reform and reorganization of the building management business, and built Douglas Elliman into the city’s leading management and sales brokerage firm. More recently, he has led the way in Internet banking and partnered with legendary golfer Jack Nicklaus to help the Nicklaus Companies dramatically extend its global brand and platform.

Howard translates his entrepreneurial approach in business to leadership of a range of communal, educational and civic organizations. Using vision and a rare degree of creativity, he solves business, nonprofit and civic problems around the world. In so doing, he carries on a venerable family tradition of pioneering in business and leading great charitable institutions.

Central to the initiatives he leads are the objectives of improving global health, national security, learning and economic prosperity. He is particularly active in the fields of medical research and healthcare delivery and also dedicates time and significant support to higher education, disaster relief, the arts, communal giving, and law enforcement and counterterrorism programs.

In the field of medical research and healthcare, Howard serves as the Chairman of the Board of the American Skin Association, sharpening the organization’s focus on melanoma and other cancers. He funds the annual Milstein Research Scholars Awards and the Milstein Innovation Awards in skin research. Howard also serves on the Board of the Nicklaus Children’s Health Care Foundation. Howard is former Chairman of the New York Blood Center and provided decades of visionary leadership, including the founding of the National Cord Blood Program, which was the first and largest public cord blood bank in the world. As former Chairman of the Jones Foundation for Reproductive Medicine, Howard provided leadership and channeled important resources to reproductive health research.

At Cornell University, Howard is a Trustee and Presidential Counselor and Overseer, Cornell Medical College. He serves on the Executive Committee of the Dean’s Advisory Board of Harvard Law School. Howard serves on the Boards of the United Hospital Foundation and National September 11 Memorial & Museum.

Education and fostering environments of opportunity have always been of the utmost importance to Howard and his wife, Abby, who continue a decades-long tradition of family support for the capital needs of the New York Public Library and leadership. Most recently, the Milstein family announced at $20 million gift to Cornell University to establish the Milstein Program in Technology and Humanity. The ground-breaking program will enable students to have a distinctive educational experience, with a new Technology and Humanities integration initiative.

Howard is a civic-minded leader who believes the private sector has a duty to carry out the unfinished business of American capitalism by complementing government with efficiency, effectiveness and an entrepreneurial spirit. In 2011, Howard was selected by Governor Andrew M. Cuomo to serve as the Chairman of the New York State Thruway Authority. The New York State Senate unanimously confirmed Howard’s appointment in June 2011. Howard’s leadership of the procurement process for the new Tappan Zee Bridge replacement resulted in cost savings to taxpayers of $2 billion versus original estimates. To recognize that achievement, Howard received the Regional Plan Association’s Lifetime Achievement Award in 2013 and President Barack Obama hailed the project as “a model for infrastructure projects nationwide.”

In April 2014, Howard received the Insignia of Chevalier in France’s Legion of Honor in recognition of his personal commitment to French-American cooperation and friendship, and fostering the French-American partnership in cultural and economic areas.

Howard is the elder son of the late Irma Milstein, who was an active philanthropist along with her husband Paul Milstein, the legendary businessman and real estate developer. Howard is married to Abby Sniderman Milstein and they have a son, Michael. 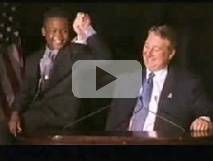 This video pays tribute to Abby and Howard Milstein and their philanthropic activities. The Milsteins participate financially, intellectually and emotionally in building the institutions to which they commit themselves.