Leading The Largest Blood Center In The World

Just as skin provides a protective outer wrapper for the body, the blood that courses through our veins and arteries, feeds every part of the inner corpus. As Chairman of the New York Blood Center (NYBC), Howard Milstein leads the largest blood center in the world, aside from The Red Cross. NYBC serves 200 hospitals by providing a safe blood supply to an area of 20 million inhabitants. It also provides for 20% of blood marrow transplants in the region. But beyond blood banking, NYBC’s advanced research in virology, immunochemistry, and red cell physiology is redefining the state of the art in treatment of blood diseases. Foremost among these breakthroughs is the Howard P. Milstein National Cord Blood Center – host to the world’s first and largest public cord blood bank.

Umbilical cord blood, a rich source of blood-forming stem cells, completely by-passes the moral and political controversies linked to the use of fetal cells for medical research. As such, it has opened a vast new universe of medical technology.

In 1989, Drs. Pablo Rubinstein and Cladd Stevens presented the concept of public cord blood banking to the National Institutes of Health. The NYBC program was established by 1992. In 1998, the New England Journal of Medicine published a watershed analysis of the results from the first 562 transplant recipients.

Since then, 45,000 mothers have donated their umbilical cords and the use of cord blood is expanding exponentially.

Cord blood has now been supplied for 80 different diseases and has been used in more than 15,000 transplants. And it attained the first known cure of sickle cell anemia from an unrelated donor. Today, the NYBC cord blood program provides one-third of the world’s cord blood units for transplantation from unrelated donors, serving patients in 34 countries.

Howard Milstein introduces Keone Penn, the first African-American child to be cured of sickle cell anemia through the use of stem cells. 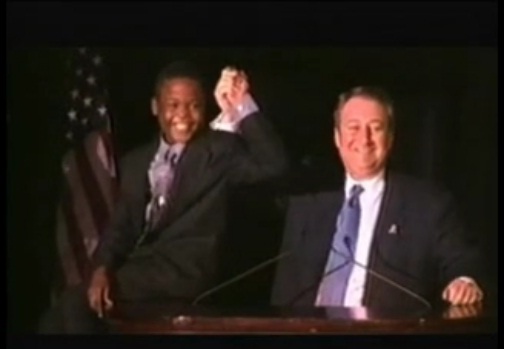